Pink Albatross, the Plant-based ice cream made with, between 7 to 9 ingredients that we could all draw 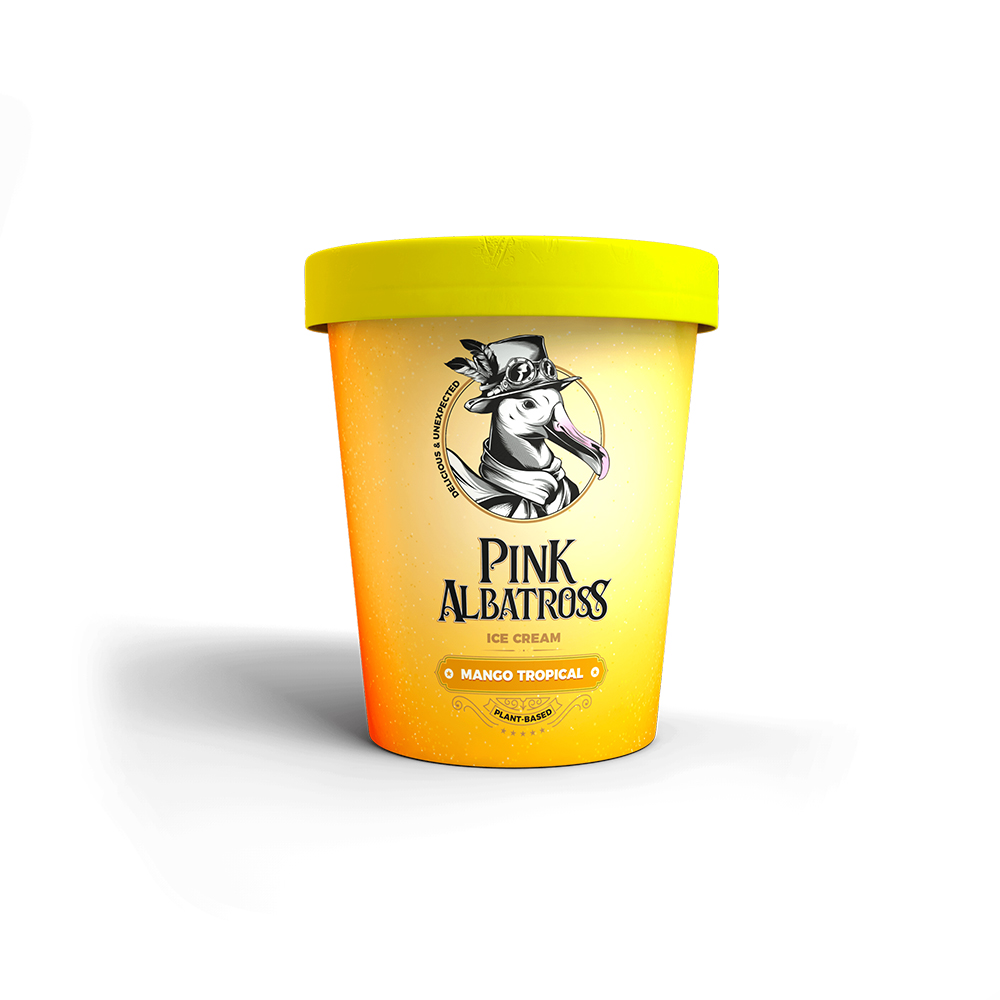 When we featured an update of The Green Revolution 2019 in April, we discovered that there is some dissatisfaction among Veggies consumers in many product categories. Among them, ice creams stood out for the high rate of consumer dissatisfaction. Soon after, we were tasting a new brand of ice creams at our offices of which we were confident almost no Veggie would complain about. We tried a taste of its five different flavors, from the newest ones like Straccia-Coco and Mango Tropical to the classic ones like chocolate and hazelnut, and we wouldn’t know which one to choose because they all taste fantastic. Behind this project stand Luke Saldanha and Pepe Biaggio, two entrepreneurs who created Pink Albatross to be able to offer consumers the most natural plant-based ice cream possible. Now they have just been accepted at the ProVeg accelerator in Berlin, where they hope to scale their company in a business that has already laid solid foundations up until now.

Before anything else, we would like to ask, what is Pink Albatross to you?

We are a small startup that was born with the intention of creating ice creams made with minimally-processed vegetable origin ingredients and especially designed for ice-cream lovers, whether they are Veggie consumers or not. It is our ambition to offer a product consistent with our principles, philosophy and health. It involves us in a direct way, since Luke has been vegan for over five years now and could not find a vegan ice cream without large amounts of artificial ingredients; and Pepe was looking for an ice cream that could be consumed by her daughter who suffers from various allergies, and that was natural and healthy.

One of the things you are most proud of, you were telling us, is the naturalness of your product. What do you mean exactly when you refer to the absence of additives and what additives do other ice creams have?

It is very common to find emulsifiers and stabilizers in ice cream, that is why they carry that amount of E-additives-. The most common and usual one is mono- and diglycerides of fatty acids, which are made in the laboratory and even traditionally-produce ice creams have it, which is precisely what we did not want. We chose to look for texture through formulation, not through solvents or chemicals.

Yes, the reason why we draw the ingredients is very simple: If we can’t draw an ingredient, it means we can’t use it, that is the best way to understand our product

because, for example, maltodextrin, I don’t know how it looks like and I couldn’t draw it, however I could draw orange fiber, and that is why we included it.

We can see the orange fiber among the ingredients, is it the aim that your ice cream is rich in fiber?

No, orange fiber is what has allowed us to substitute several of these chemicals, because it gives structure to ice cream and absorbs water. The amount it carries is very small and it is simply the inner transparent skin of the orange which dries and crushes, we discovered that its water absorption capacity was spectacular and it helped us get a good texture.

And how did you get to that discovery?

Based on trial and error, we came up with that discovery along the way. There are many other natural fibers such as guam gur, but because of the name and what we said about being able to draw the ingredients we ruled it out. We have been side by side testing and testing the recipes until we were happy with the results.

All ice creams have a common base of coconut milk, cashew milk (which we make ourselves), two types of sugars, two oils (sunflower and coconut) and orange fiber, that is the basis and then they vary according to the flavor.

Is your product then looking for an approach to something healthier and lower in calories, such as US brand Halo Top?

We were never looking for a low-calorie product, we wanted a product that was as natural as possible, and that took care of the taste and enjoyment, which is what you look for in an ice cream. To make it light all you have to do is inflate it of air and therefore you reduce the Kcal, but that is not what we were looking for.

On the other hand, we wanted to make real ice creams and that entails creaminess. Most fruit ice creams like our Mango ice cream, which can be found in ice-cream parlors, are sorbets and that is not what we were looking for. Health comes from the naturalness of our ingredients.

It is a plant-based, vegan ice cream and yet it is not the most notable thing from your pack, which is very surprising considering the Veggie trend.

We didn’t want to overwhelm with too much information and the first thing we wanted was for the consumer to approach the product for the product itself, for it being a good ice cream. Then for the consumer to see what the ingredients are, which are plant-based, and finally that they are suitable for vegans because vegans already know which ingredients are suitable for them. The rest of the consumers will approach de product for other reasons.

I imagine that as a startup you have had to work on the packaging, designs, branding, recipes…

Yes, it has been a tedious process, especially with the packaging, but well, we have learned a lot. When you are small, everything is very complicated and you have to be present and attentive to the whole process. If you look back, it seems like a miracle that we are where we are, after having started from scratch. We have done everything door to door, from the manufacturer to the customers.

How do you imagine Pink Albatross in five years?

I see many possibilities of expanding the product line, our philosophy can be carried out in many different categories which are currently unexploited: biscuits, cakes and cereal bars which contain a lot of crap and so people are starting to look at the ingredients. We want to see beyond the vegan product and think about sustainability and naturalness. And why not, expand our market to other countries. In the end, it is a challenge to abstract from reality and from the noise of day to day life, but it is interesting to try to see things in perspective, to think about where you want to be in the future and in the long-term.

And finally, where can we buy Pink Albatross, what are your distribution channels?

As of today, we are selling our ice cream at 14 restaurants and 12 points of sale in Madrid, which you can check on our website. Although we aim to be present in all Spanish cities in the short-term, for now we are gaining presence in cities such as Seville, Barcelona, Malaga, and Valladolid. And of course, expand the flavor offerings.

About Luke Saldanha and Pepe Biaggio

Luke Saldanha comes from the financial world in New York and came back to Madrid to pursue his dream with Pink Albatross. Pepe Biaggio was looking for a world of colors and flavors that he previously didn’t have as a digital transformation consultant. Today, they work hard and are happy making ice creams that are delicious. 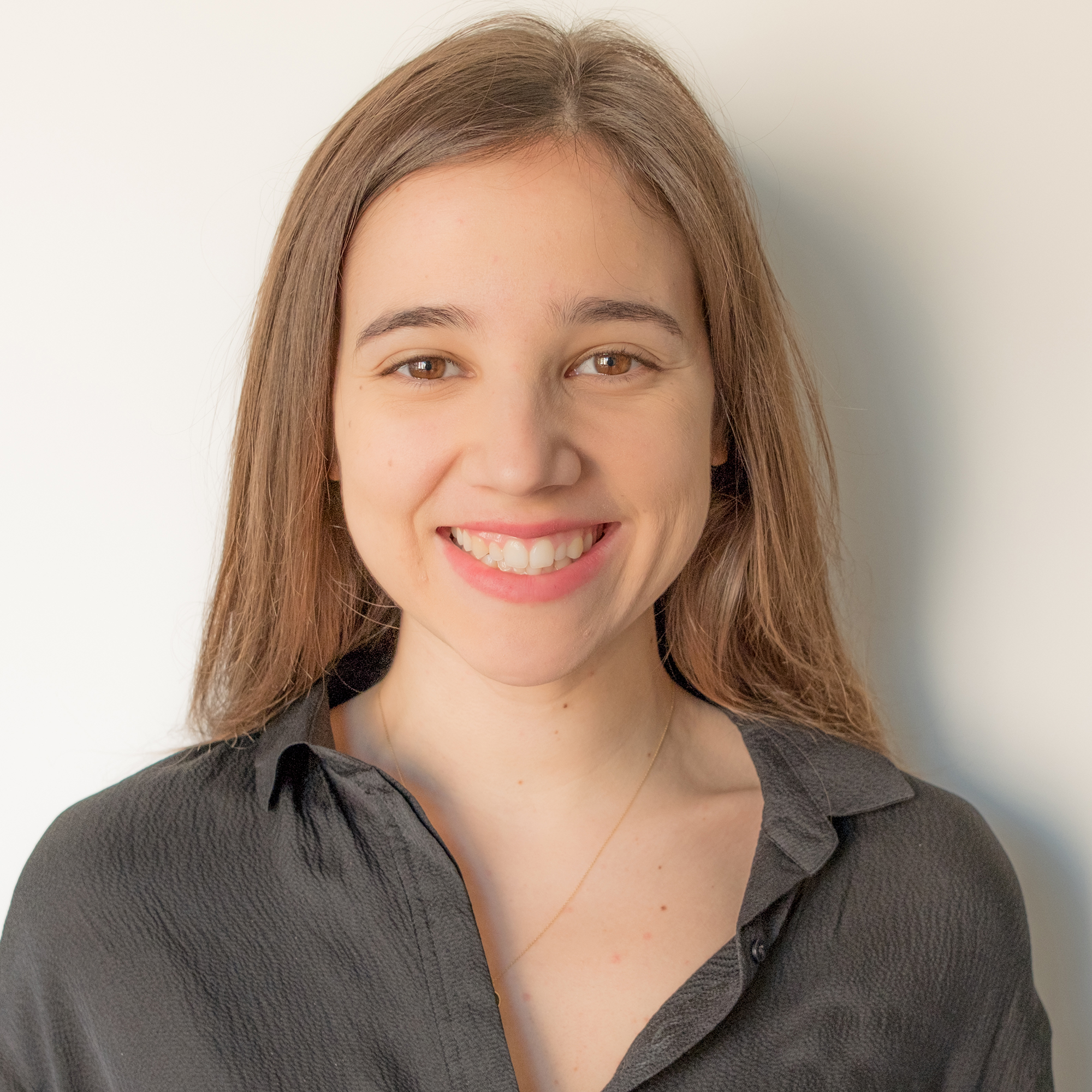